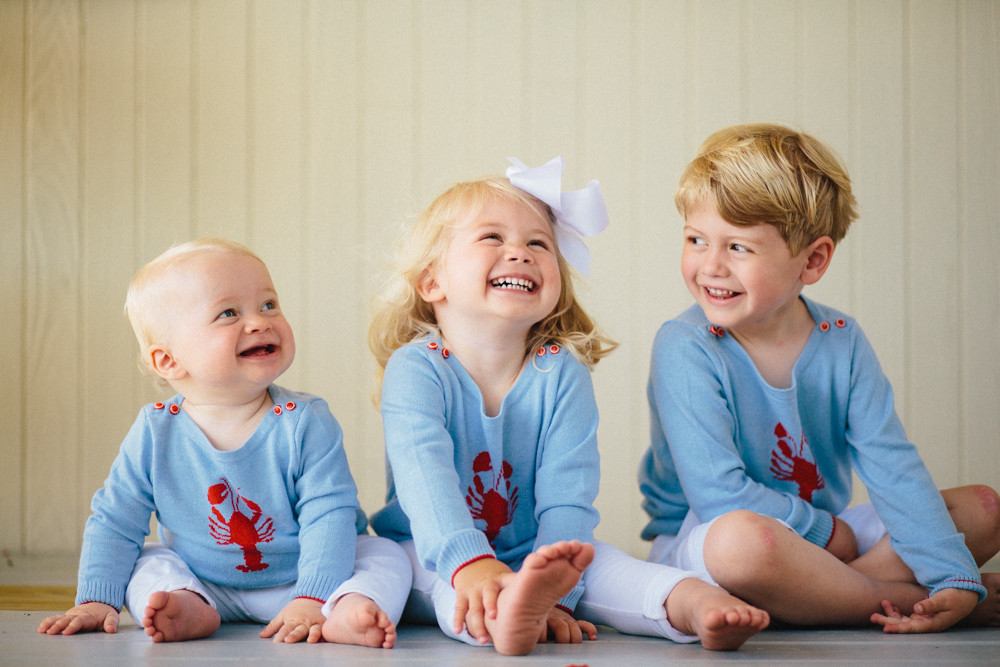 Other StuffStuff from the Blog

Feeling a meltdown coming on with holiday cards? Check out these real tips from Emilie Inc.!

I’m a professional photographer and my children do not like being photographed. The irony, I know. So when it comes time to actually need a decent portrait of them for something like a holiday card (vs the candid images I usually take), it can be stressful – even weeks in advance leading up to doing it.

I tried a different approach just this morning and it went beautifully. Whew. Perhaps you might be able to glean a nugget or two for yourself. Check it out:

Young children thrive on picture words (“brush your teeth” vs “don’t get the toothpaste all over your face”). Until at least age 5, I believe, kiddos will interpret the latter as a direction and do what you don’t actually want them to do because their brains aren’t able to process what don’t means. It isn’t a picture word. It occurred to me, then, that my children (Will, 4.5, and Clara, 2.5) might not know what I mean (and why) when I give direction while taking photos. So just like when they might have anxiety about school and we pull out a children’s picture book about Elmo/ Owen/ Maisy/ Chester having a blast at preschool to calm any fears, I turned to pictures on Pinterest to help prepare for our portrait session.

I grabbed my laptop and we gathered on the couch after dinner last night. I searched “brother sister portrait poses” or something similar and scrolled through the many images that popped up. I showed the kids how to create an inspiration board and we pinned the ones they liked best. We took it one step farther and practiced the poses, each of them taking turns to pick a pose and help the other mimic what we had pinned. It was all child led; I didn’t give any feedback. They had a blast and boy, did we laugh!

After, we went up to their rooms to collect the outfits they had picked out especially for the shoot (new flannels from J Crew. Again, all them. I much prefer to go casual because it’s who they really are, tho I can appreciate those who like to go all-out, too) and set them out for the morning. After bath time, we continued to talk up what we would be doing in the morning and how much fun it would be. They seemed convinced and I was actually hopeful, too.

It was still a touch dark when I was awakened before sunrise by Clara whispering into my ear “It’s morning time!” Watching the sky brighten quickly as we dressed, we managed to get out of the house without too much opposition and to Falmouth’s Town Landing as the sun was cresting the horizon. We ditched jackets and headed toward the beach (we had checked to make sure it would be low tide). I took my first picture at 6:54a.

My then-hubby had my cell phone with our Pinterest board open to help guide the kids through their chosen poses. Will picked first. Then Clara. We kept it light, silly, fun (all the while praying they wouldn’t topple into the water or wallop one another) and quick. Clara’s teeth were chattering and she was asking to be held a few minutes later. Literally. It was now 6:58a.

FOUR MINUTES, people. That was it!

After that, Clara was d-o-n-e but Will continued to beg her to try more poses. We went to the rocks. Walked on the dock. Climbed under the dock. Back to the water. Searched for snails. Nope, nopeity, no. It would be easy in this situation as a parent to get frustrated, to start threatening (“you won’t be able to x, y, z if you don’t cooperate”) or bribe, but we kept our cool and chose not to go there. Not worth it. So I continued to shoot them doing what it was they wanted to do and how they interacted naturally. I never want the experience of being photographed to end badly, to become a bad memory.

We piled back in the car, I scanned through my frames on the back of my camera, and celebrated our success – however mild. It wasn’t perfect, but it wasn’t awful. And it was done!