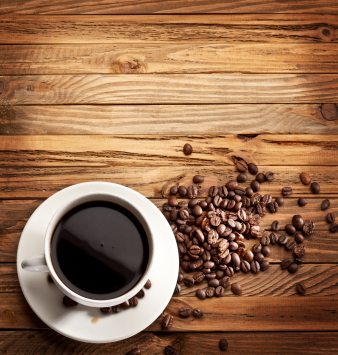 BlogGet Out Of Your Comfort Zone ChallengesPopular

Get Out Of Your Comfort Zone Challenge: A week without caffeine.

This week’s Get Out Of Your Comfort Zone Challenge (GOYCZ): No Caffeine!

I was always one of those people who said, “Caffeine doesn’t affect me.” When friends would decline a caffeinated beverage after 4pm, I would boast, “I could drink a pot of coffee before bed and go right to sleep.” I continued to tout this unique and clever trait of mine until a few weeks ago when I was at a girlfriend’s house one night having dinner. I was incredibly thirsty and all she had to drink was Diet Coke. I hardly ever drink soda, but I was parched. I quickly gulped down two cans within an hour. Satiated thirst? Yes. Wide awake until 2:45am? Of course.

I know caffeine is a difficult habit for a lot of people to break. And, since my morning cup of coffee (and sometimes afternoon…ok, most afternoons) may have been doing more for my general alertness than I realized, I decided to take part in a self-inflicted caffeine ban for one week… just to see what would happen…

Day One: It’s 8am. Aaaaah, let’s brew some coffee! Oh snap. Let me dig out the decaf from the back of the freezer.

Day Two: I made it though Day One alright, and I’m starting to wonder: Is it the caffeine I crave in the morning or simply the routine of it all? Maybe the just the act of drinking the coffee has served as my placebo pill?

Day Three: Had two cups of (decaf) coffee while out to breakfast, which I never do because usually that much caffeine at one time makes my heart race. No palpitations today. Just the satisfied glow from Eggs Bene and freshly brewed java. By 4pm though, I’m feeling sluggish. I decide to down a Poland Spring instead. Hmph…still tired, and now waterlogged.

Day Four: It’s 11am and I’m starting to think there’s a cumulative effect from going days without caffeine. I’m so tired. I can feel my eyelids weighing heavily on my cornea. I can even feel my cornea. Am I delirious? Or, maybe I’m sleep deprived because I woke up at 3am on the couch after nodding off while trying to catch up on two days worth of DVR’d American Idol, grrrr.

Day Five: It’s sunny out! The birds are singing! I can smell Spring in the air! Mother Nature is my high today, no caffeine required. But by 2pm, I realize that I haven’t had my daily cup of coffee and have that nagging feeling like I forgot to do something.

Day Six: Three o’clock rolls around and I’m feeling the energy sap. I’m sitting heavier in the seat of my car and even the constant chatter of my two kids isn’t putting a dent into this fog. I pull through the drive-thru and order a decaf. I realize that before I’ve even left the window, I’m already feeling peppier. The excitement of the first sip, the steamy warmth escaping from the open tab…I think my endorphins are doing all the work—who needs caffeine?

Day Seven: I fell off the wagon, but not intentionally. I was offered a cup of coffee one evening while over my mother’s house and was about half way through the cup before I realized it probably wasn’t decaf. I decided, “what the heck, there are only four more hours left of my 7-Day Caffeine Ban” and finished it. Then I bundled up on the couch to watch a movie and was asleep before the opening credits rolled.

What did I learn? Here’s my personal experience recap:

Anyone else up for the challenge? Share your thoughts with us!